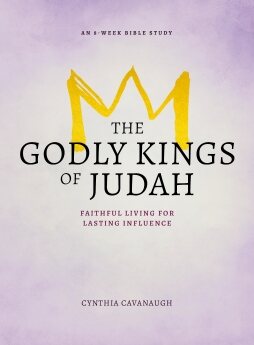 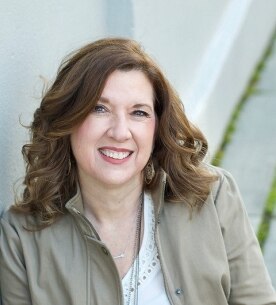 CYNTHIA CAVANAUGH is an author, speaker, and leadership influencer. Her story of brokenness has propelled her to write, teach, and help others redeem their pain and heal through the pages of God's Word. She is an award-winning author of several books, and the upcoming Bible study The Godly Kings of Judah: Faithful Living for Lasting Infuence, an 8-week study about how to leave a legacy that endures (2022). Cynthia holds her MA in Leadership from Trinity Western University, where she is an adjunct professor in the Leadership degree program for international students. In addition to writing, coaching, and teaching, she is a freelance editor for new authors and is the host of the podcast, The Soul Anchor. Cynthia and her husband live in the Pacific Northwest where they enjoy bicycling and spending time with their grandkids. Connect with Cynthia at: www.cynthiacavanaugh.com.

The Godly Kings of Judah

What will your legacy be?

Long ago, God's people were divided into two kingdoms. The land of Judah—with Jerusalem as its capital—was led by twenty kings, only eight of whom were good. Not even half! What does that tell you? That it's hard to follow God to the end and leave a legacy that's remembered well.

Bible teacher Cynthia Cavanaugh wants you to meet the good kings of Judah who earned a reputation for godliness and received the Lord's favor. Though their names aren't well known to us, their examples should be celebrated. Cynthia takes you deep into the Word of God, heading into the often-overlooked corners of 1-2 Kings and 1-2 Chronicles to uncover these ancient rulers whose lives—full of ups and downs—have hidden lessons for us today.

In The Godly Kings of Judah, you'll embark on an 8-week Bible study that leads you through a process of repentance, renewal, and revival. The Old Testament kings will be your companions as you fight the Lord's battles, topple the idols that claw at our hearts, and bring reformation to the holy people of God. Don't miss out on this exciting adventure! Because when all is said and done, you want the legacy of the godly kings to be your own as well: "She did what was right in the Lord's eyes."